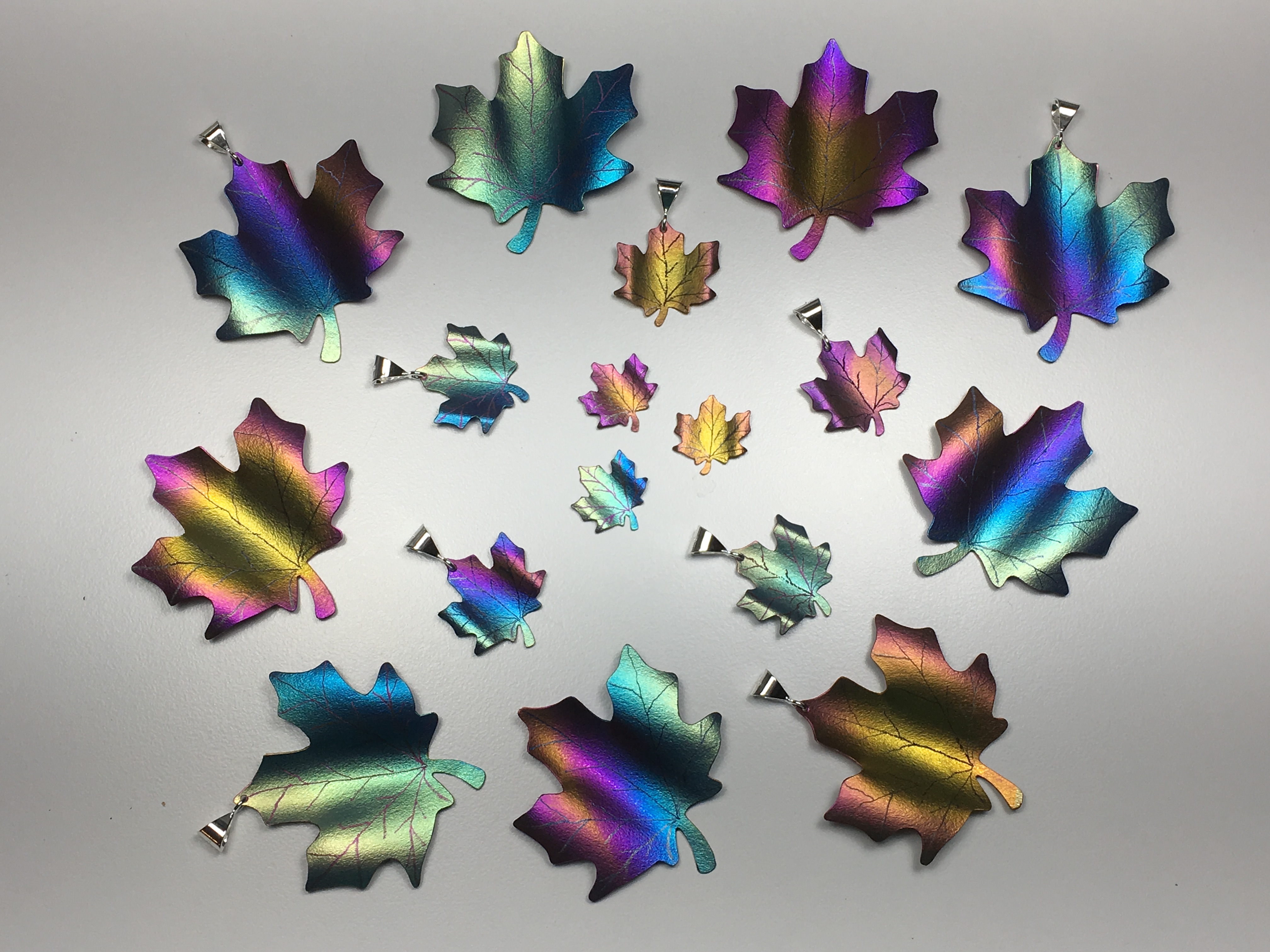 This jewellery is all handmade by Karen, each piece is hand cut and formed. Then after all the work is done to each piece of Niobium, it is anodized to create the colour.

Karen Hunter attended the Ontario College of Art in 1981 and after four years received her diploma in Design/General Design in 1985. In those years among many courses, she took three jewellery courses, non-ferrous metal forming, and three enameling courses. Since graduating Karen has taken workshops in:

…all of which she tries to incorporate into her work.

Karen has been an entrepreneur since 1989.

NIOBIUM is a very rare, pure metal which is one of the natural elements on the periodic table {#41}. Titanium and Tantalum are other metals that are similar to Niobium, all are in general use as jewellery materials.

Free shipping on orders over $100

Find out about new products and upcoming events

Other ways to shop

Find a store near you

Meet me at a show

Peak behind the scenes